Back to all Companies

Papadimitriou C.C. SA was founded in 1939 and has since remained, 3 generations later, family owned and managed.

During the first years of operation, the main business was the trade and export of local products: dried figs, Kalamata olives and olive oil. In the 50s, the company managed to penetrate the very difficult and demanding market of Great Britain with another local product: the Corinthian currant. Later on, it became the second largest exporter of Corinthian currants globally.

Approaching the new millennium, the company was the first producer of balsamic vinegar in Greece. The acceptance of its products by the consumers and the market demand for innovative ideas, led to gradually develop the first Greek balsamic cream, resulting in the creation of a whole new product category in Greece. In the years following, Papadimitriou C.C. SA also upgraded the classic mustard recipe by replacing regular vinegar with its branded balsamic vinegar and adding extra virgin olive oil, resulting in new products full of Mediterranean character and unique taste.

Responding to the market’s needs, the company also created a new product line of extra virgin olive oil, balsamic vinegar and condiments packaged in a practical, single-serving size. Papadimitriou C.C. SA soon managed to become the largest producer of portion packs in Greece and a major supplier to airlines, restaurant chains and hotels, both in Greece and abroad.

Although Greece remains the main market where the company’s products are being sold, these products can also be found in the shelves of supermarkets in over 32 countries in all 5 continents.

Looking forward and staying loyal to its consumers, Papadimitriou C.C. SA has a mission statement to produce quality products of high nutritional value, suitable for both children and adults, using cost-effective and environmentally friendly technologies. 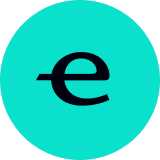