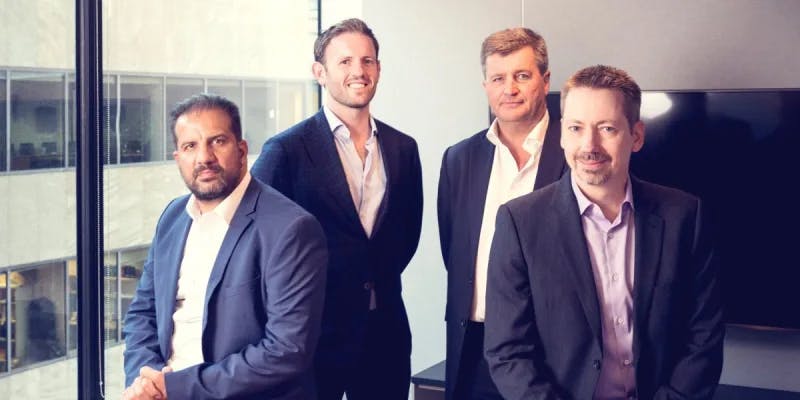 We are pleased to inform you that Microsoft has announced the acquisition of Endeavor member company Softomotive, a record deal that will bring many benefits to the Greek economy and the development of tech companies in our country.

Only a week after the announcement of Think Silicon’s acquisition by Applied Materials, Microsoft announced the biggest exit the Greek tech sector has seen in the last years, Softomotive, a member of the Endeavor network and one of the biggest Greek success stories, is considered to be one of the first companies to enter the market of Robotic Process Automation (RPA).

Founded in 2005 in Athens by Marios Stavropoulos and Argyris Kaninis, Softomotive, produces software that gives businesses and organizations the opportunity to automate time-consuming and monotonous tasks, allowing employees to work on more valuable, creative, and profitable projects.

In 2008, Softomotive created WinAutomation, a desktop automation tool and in 2016 ProcessRobot, a tool for automated IT operations. Ten years after its foundation, the company transfers its headquarters in London. Today, Softomotive offers its services to thousands of customers worldwide and maintains offices in India, New York and South Korea, while competing with many rising startups and software companies.

In 2018, Softomotive raised $25 million in funding. The funding, obtained by Grafton Capital, was among the highest Series A round ever raised by a Greek startup. As Marios Stavropoulos has stated: “My life has been full of challenges, something that happens often with entrepreneurs. One of those was a drastic change that Softomotive faced right after the Series-A funding. We started a rapid expansion, which meant that the company would be present in more countries than ever. Having adopted a very different model up to that point, we needed to rewind to our startup model. That change called for solid internal communication, that needed time, as we had to adjust and apply the changes in the company as a whole”.

In February 2019, Softomotive joined the international network of Endeavor, a nonprofit organization that supports high impact entrepreneurship, with presence in 40 countries.